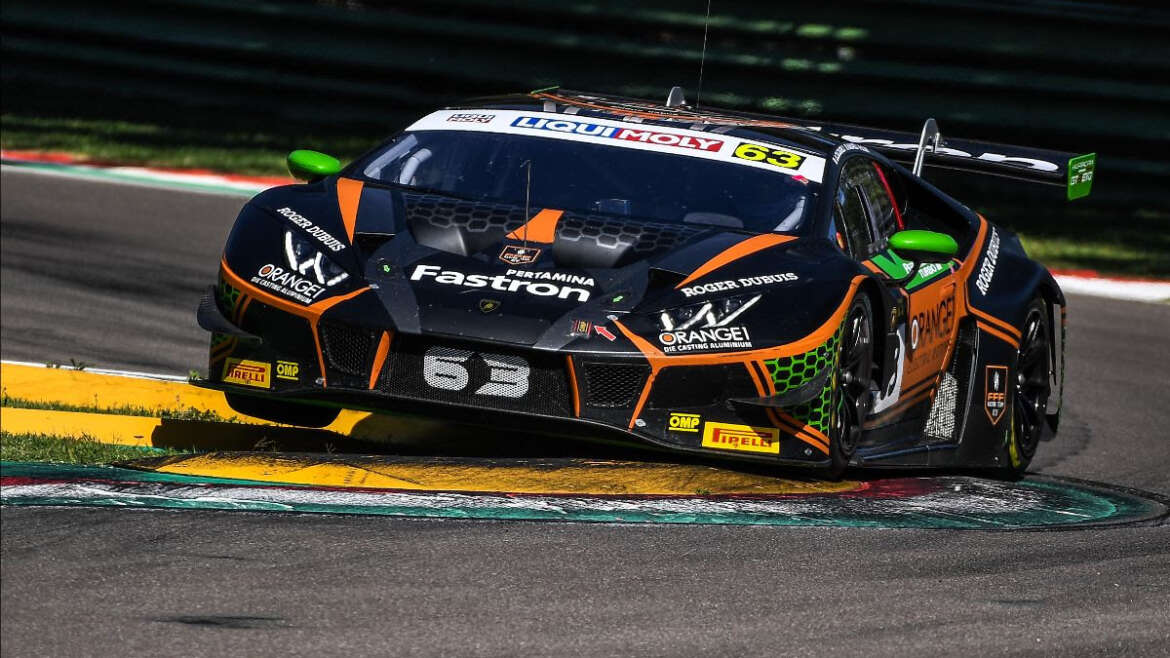 ORANGE1 FFF Racing Team by ACM is ready to start the 2020 season in the GT World Challenge Europe Endurance Cup. The Chinese squad, after making its debut in the Intercontinental GT Challenge during last the winter, decided to lock itself before the Covid-19 outbreak became a pandemic in March and before the global shot-down which froze everybody’s plans for the 2020 campaign.

The season will eventually kick-off on 26 July with the Imola 3 Hours, and ORANGE1 FFF Racing Team by ACM enters the field as the 2019 Blancpain GT Series reigning champion, with the Lamborghini Huracan EVO GT3 #63 entrusted to a full Lamborghini Factory Driver line-up. Andrea Caldarelli and Marco Mapelli, the 2019 Blancpain GT Series Driver Champions in the Overall, Sprint and Endurance Cup will face the challenge of retaining the crowns together with Dennis Lind, who completed 4 of 5 events of the last season with the team.

Car #19 will be shared by confirmed Pro-Am Champions in the Sprint Cup, Japanese Bronze driver Hiroshi Hamaguchi and British Phil Keen, with this pair being one of the most competitive in the field. Keen supported perfectly Hamaguchi, who was the first driver to win a race in FFF Racing history, as well as a gold medalist in the GT Cup at the FIA Motorsport Games held end of last year.

A full Silver line-up is set for the #555 car, as happened last year. Unfortunately, Taylor Proto will not be able to attend Imola’s round due to travel restrictions imposed by the Covid-19 provisions enforced in the United States. Replacing him will be Andrea Amici, an already well-known driver for FFF Racing, who will line-up alongside Florian Latorre and Baptiste Moulin. Amici was at the wheel of the Lamborghini Huracan EVO GT3 of the Chinese squad already at Barcelona’s 2019 season finale, making a back-to-back return after its 2016 GT Asia title with the team.

Fu Songyang, ORANGE1 FFF Racing Team by ACM Team Owner
“I’m happy to see the team back to action after a long stop. We decided to stop earlier than the others as soon the Coronavirus situation started getting serious. This was a reasonable choice for the wellness of our drivers and team personnel. Unfortunately, one of our drivers will not be able to attend the race at Imola, but we hope to have Taylor back with us as soon as possible. For the #63 car, the Italian bound sounds like a home race, as it will be closest to our workshop in Sant’Agata, as well for our partner Lamborghini Squadra Corse. Officially this marks an important restart, six months after the Bathurst 12 Hours in the Intercontinental Challenge. In the Pro-Am category we have a very special line-up with two drivers only, which means a very strong effort by Hiroshi-San. I’m also confident the Silver Cup guys are motivated to start the year on a high note, as this car did end of last year, when it finished the season on the class podium under the rain at Monza”.