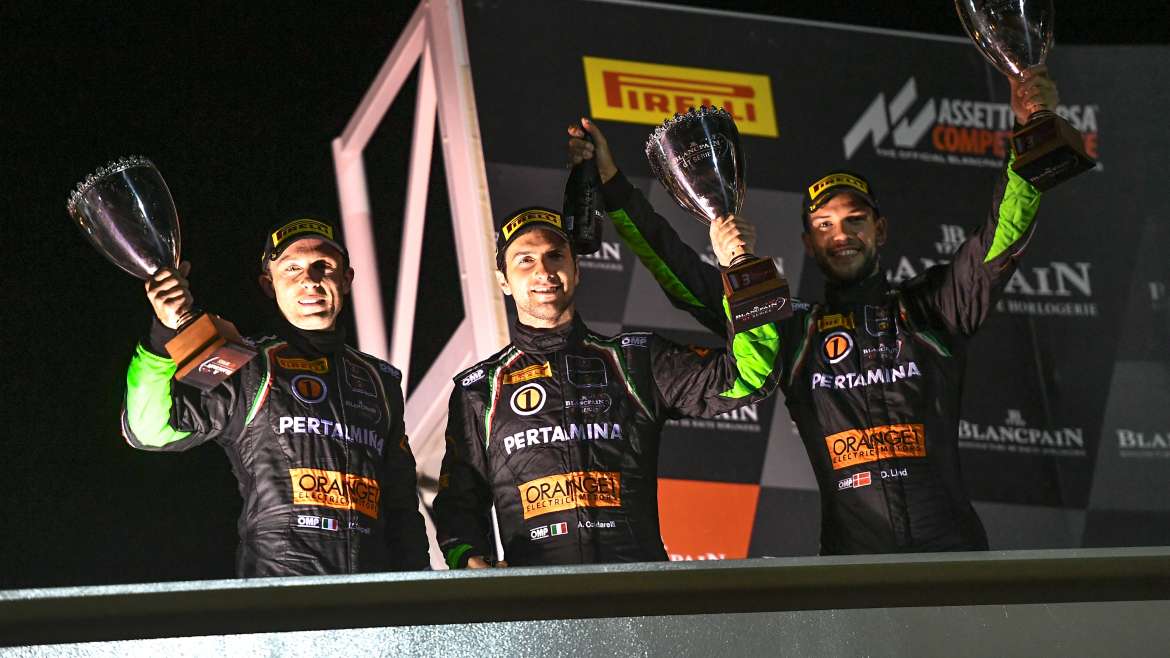 ORANGE1 FFF Racing Team by ACM conquered another incredible result in the fourth round of the Blancpain GT Series, the third counting for the Endurance Cup. After Monza and Silverstone, also Le Castellet saw the squad supported by Lamborghini Squadra Corse achieve another great result, as the #563 finished 1000Km of Paul Ricard in third position. Andrea Caldarelli, Dennis Lind and Marco Mapelli sat the third fastest lap time (1:53.471) in qualifying, exactly the same mark that another competitor posted a few minutes earlier, earning thus the privilege of second row. Dennis Lind drove at the start, taking the chance, with the first safety-car, to make the first pit-stop, and changing thus strategy with respect to other main opponents. The Dane also lead the race, and so did Andrea Caldarelli in his double stint, but the second part of the race was marred by some Full Course Yellow situations, which influenced Marco Mapelli’s run until the chequered flag too. The Lamborghini Factory Drivers trio was still able to score important championship points, and the #563 trio is now second in the Drivers’ standings of the Endurance Cup, while the squad took the lead in the Teams’ rankings with 68 points.

For the Silver Cup line-up, after the difficult British races, France meant the chance to come back into the points, thanks to their fifth class position (17th overall). Taylor Proto drove at the start, managing well the tricky first phases, giving the car to Diego Menchaca for the central stint. During the night, the most experienced driver of the trio, Michele Beretta, showed his good form in dark conditions, thanks to last years’ experience with Lamborghini. Not the best of luck, instead, for the #519 car. With Giovanni Venturini having a strong start, the second full Lamborghini Factory Driver line-up fought in the Top-15 the whole race, also when Phil Keen and Franck Perera took the wheel. Unfortunately, the local hero was forced to an additional pit-stop due to a rear right puncture, crossing the finish line in 20th position. The next event for FFF Racing is scheduled at Suzuka on 23rd June in the Lamborghini Super Trofeo Asia, while the Blancpain GT series will be back one week after, with the second GT World Challenge Europe round in Misano.

Fu Songyang, ORANGE1 FFF Racing Team by ACM Team Owner
“I can’t describe how happy I am to see our team celebrating another great result in the Blancpain GT Series. Four podiums in four events, and the lead extension in the Endurance Cup is something we could have never imagined just a few months ago. Things look well also in the Blancpain GT Drivers’ overall and we have ahead two very important races. Misano, in the Blancpain GT World Challenge Europe represents home race for Lamborghini Squadra Corse and for our Italian personnel too, as our workshop is in Sant’Agata Bolognese. Then, all the efforts will be focusing on the longest and most prestigious race in the GT world, the 24 Hours of Spa”, 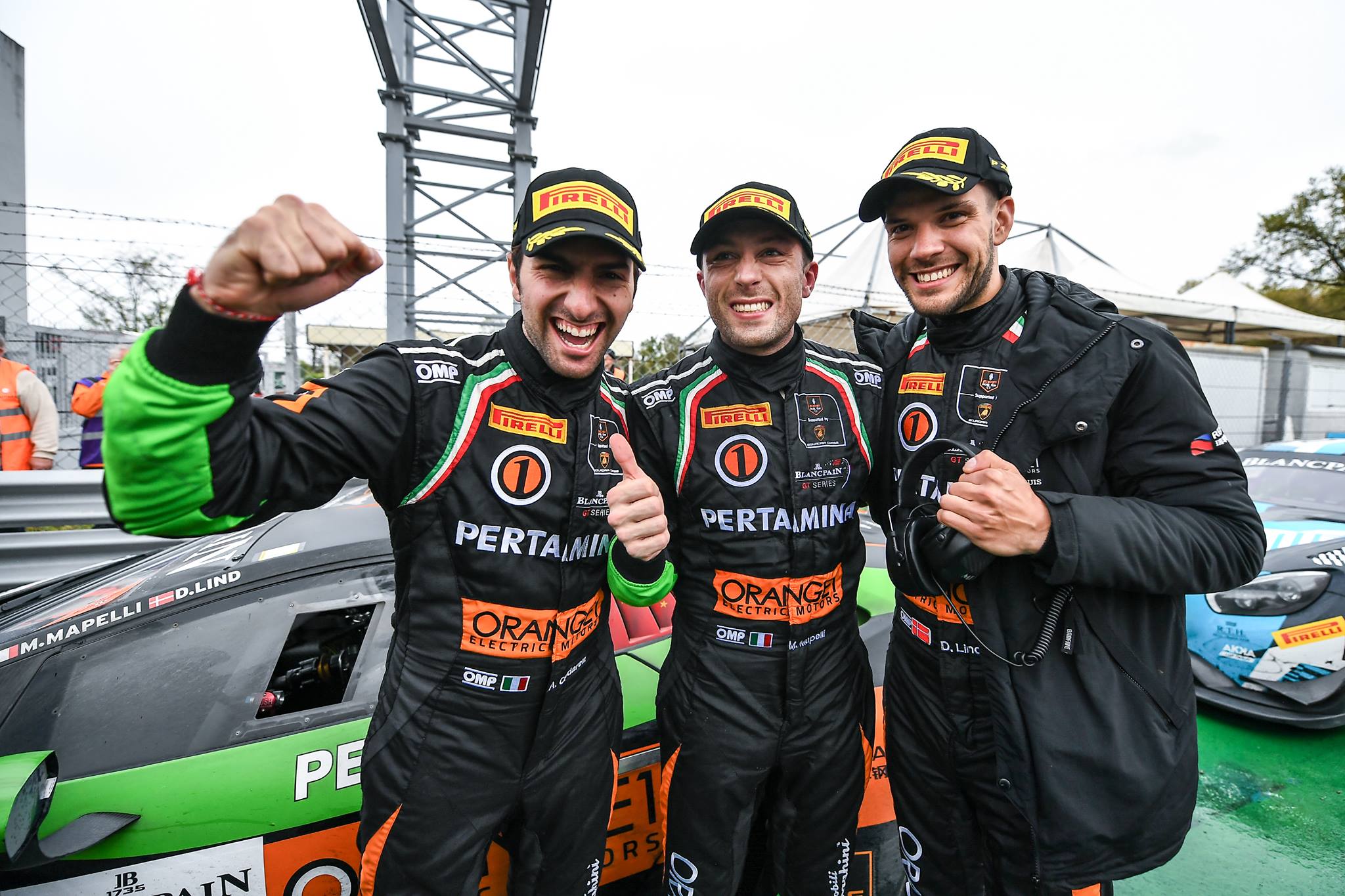 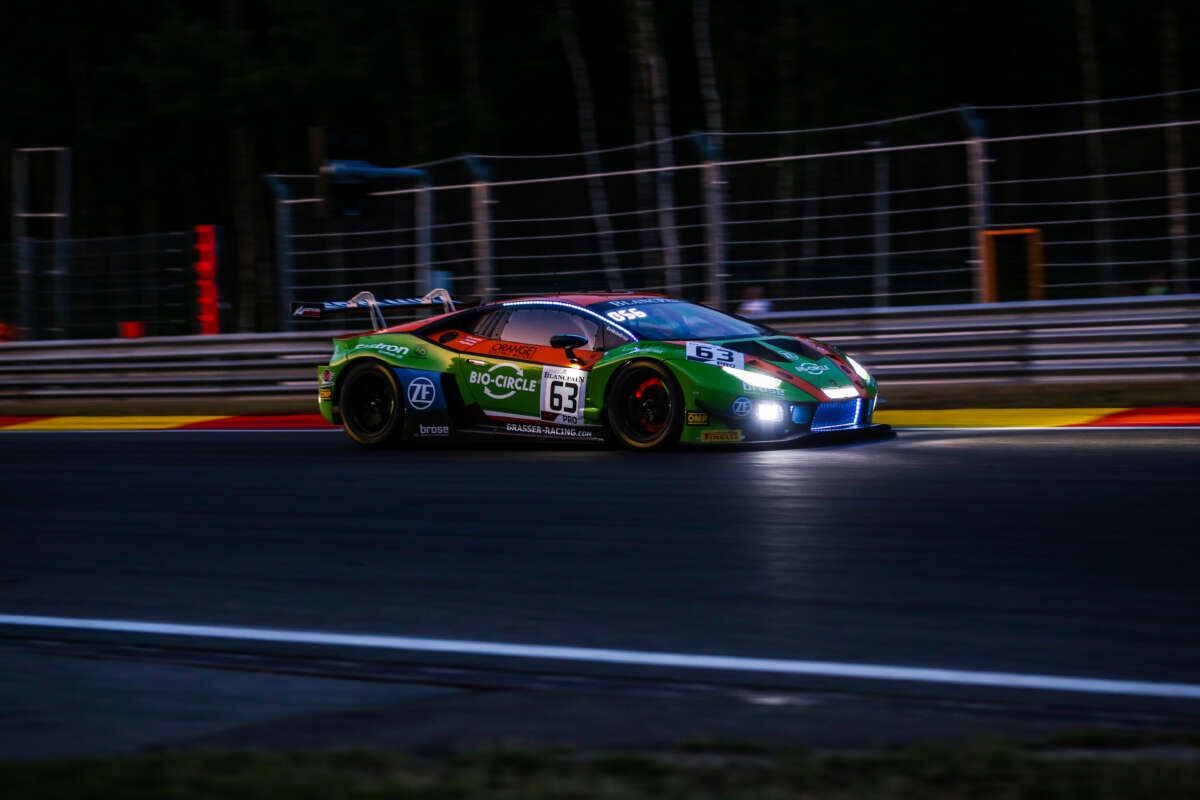 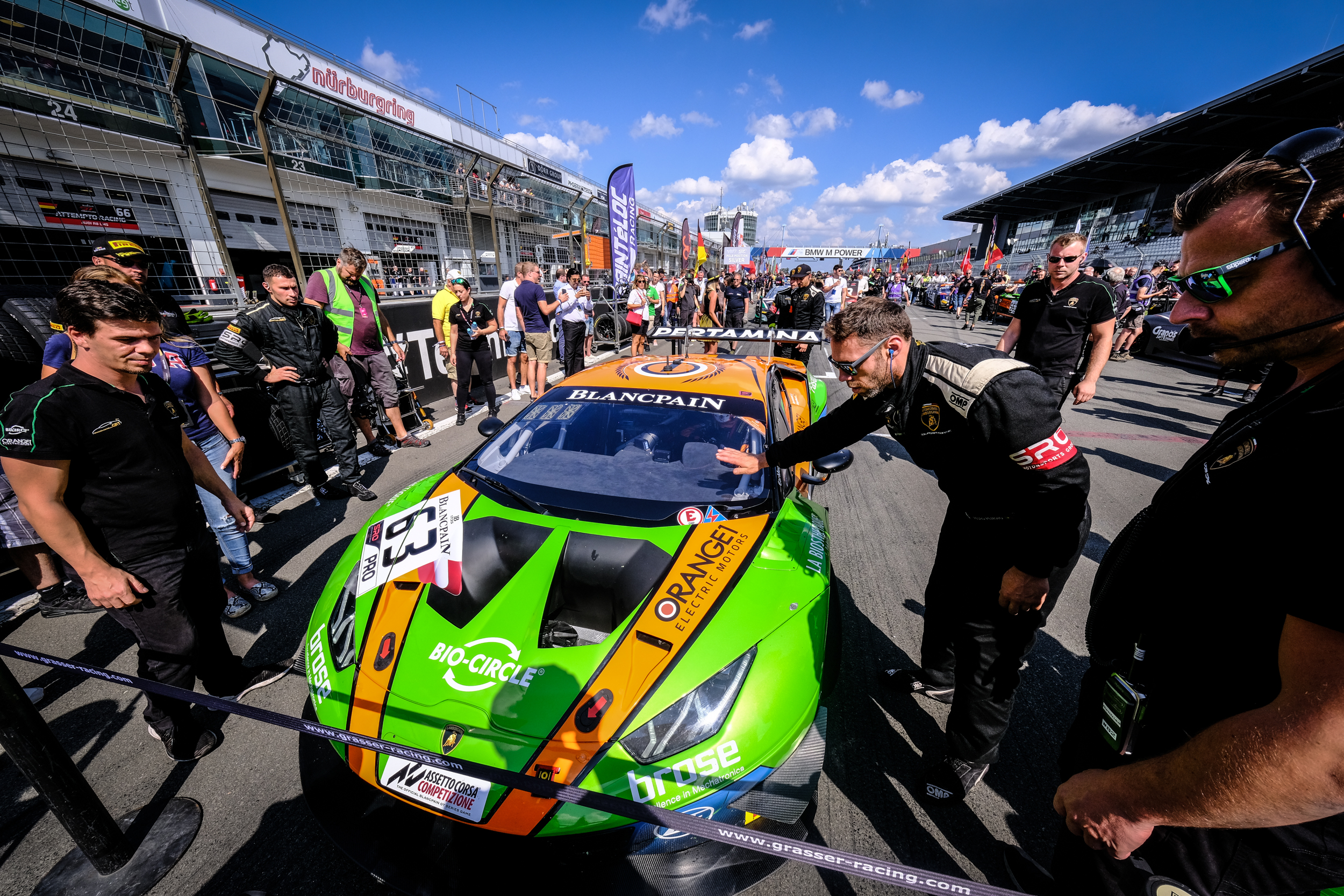